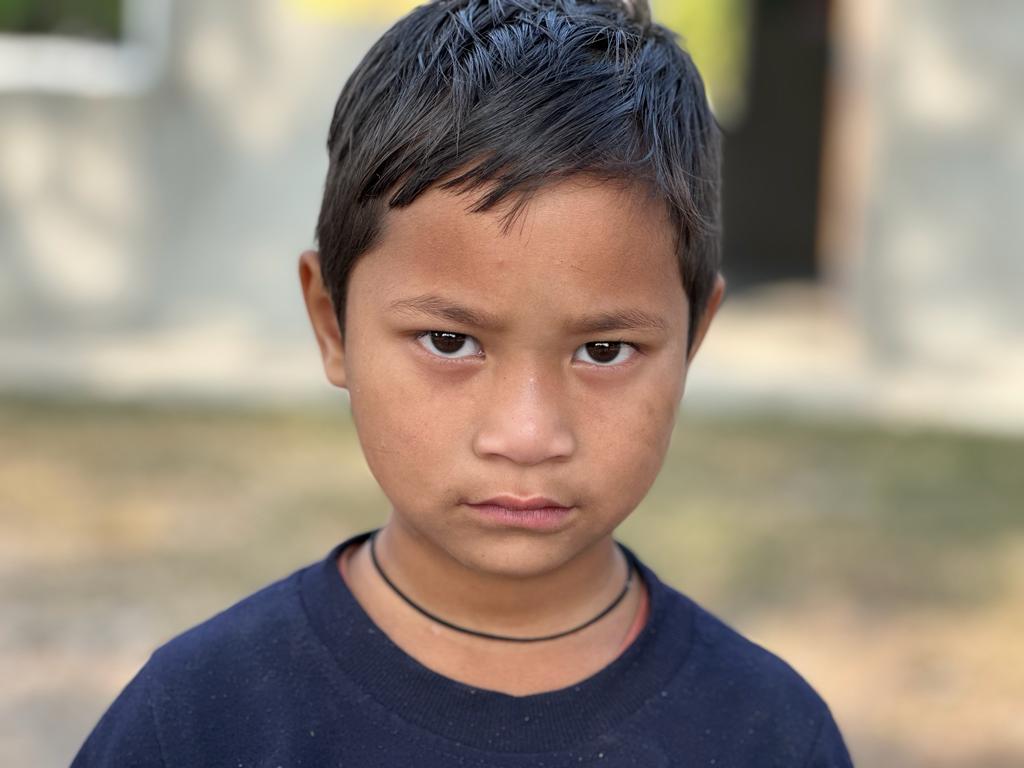 Prinsha is the smaller sister of Prince Thapa Magar, she is six years old, and she lives with her grandmother and her big brother. Her father is in the jail of Nepal, and after he was charged to sentence, her mother ran away with another man. So, she is taken to guardianship by her grandmother.

Grandmother is already in her late 50s, so she cannot earn enough to send them to school. So, the condition of the family is quite in bad condition.

Hobbies of Prince: She likes to Hide and seek, Bhanda Kuti (literally translates to utensils, a play game like tea party where children play with miniature utensils)

Now, in the daytime, she is going in the nearby forest to look after the cattle with her big brother.

We hope that we will be able to get her to MEI School soon so that she will be making more friends in the school and start to enjoy her childhood where she can learn, grow in a good environment.

When you sponsor a girl child for €37/month, you can send a child to go to school, get healthy nutrition and a loving MEI family. Child sponsorship connects two souls — a sponsor with a generous heart and awaiting a needy girl child. #SponsorPrinsha