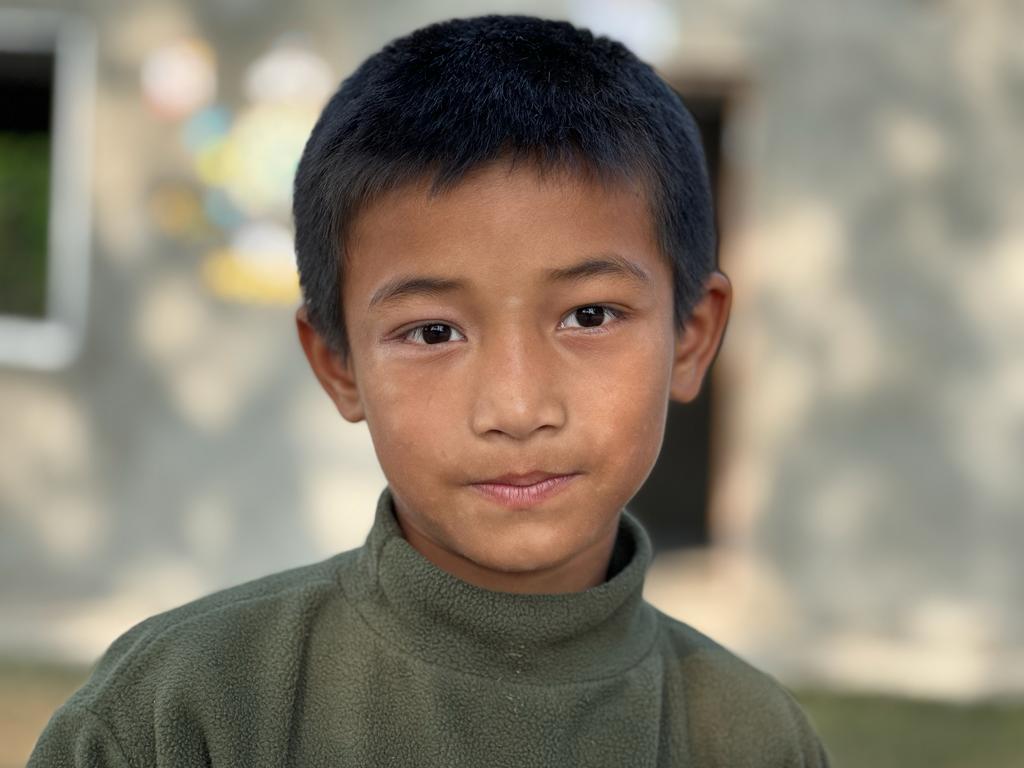 Prince is the elder brother of Prinsha Thapa Magar, he is seven years old, and he lives with his grandmother and little sister. His father is in the jail of Nepal, and after he was charged sentence, his mother ran away with another man. So, he is taken to guardianship by his grandmother.

Grandmother is already in her late 50s, so she cannot earn enough to send them to school. So, the condition of the family is quite in bad condition.

Hobbies of Prince: He likes to play football, Dandibiyo ( the local nepali game)

Now, in the daytime he is going in the nearby forest to look after the cattle with his little sister and some day he also goes to the government school, but he is not continued in his study.

After he is taken to MEI we hope he will continue in his study and his grandmother has also made a commitment to send him to school every day. As in the morning time MEI School bus to nearby his house, so he can come along with his local friends in the bus so like as he assumes he will be continued with his studies.

When you sponsor Bikash Tamang for €37/month, you can send a him to school, provide him healthy nutrition food and a loving MEI family. Child sponsorship connects two souls — a sponsor with a generous heart and awaiting a needy child. #SponsorBikashTamang