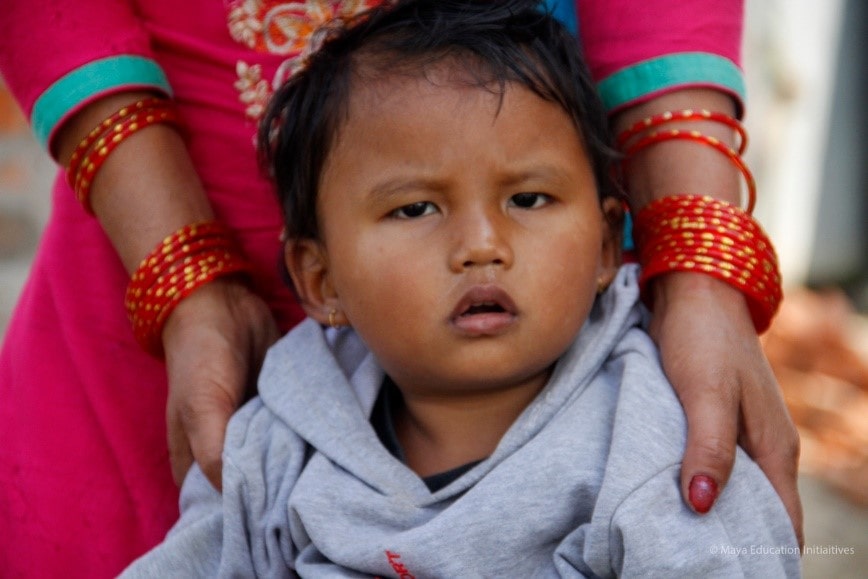 Namastay! I'm Ukesh from Thori. I'm three old years and I want to go to school. I've one big brother and sister.

Summary: Ukesh Waiba Tamang's family was working in Kathmandu before the lockdown as carpet workers nearby Boudha Stupa. Due to COVID,  the carpet factory was shutdown, and they had to get back to Thori. In Thori also they don't have enough land for farming, and they are not getting any jobs in the local level and now currently they have gone to Ladak, in Kashmir which counts as Indian state. They are working in the brick factory in very low scale income which is about $2 per day which will be just enough to get handful of meal for their 5 members family.