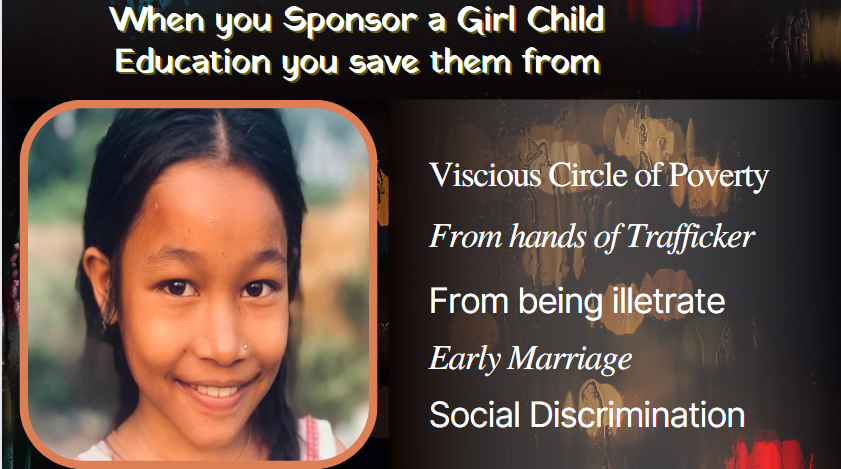 Case study! This is why we need to save a girl child

Why it’s urgent to rescue a girl child from the cycle of poverty by giving her the gift of education?

The recent statistics can tell you Nepal is pivoting as a ‘source’ country by smugglers and the condition are truly alarming. Over ten thousand women and girls are trafficked from Nepal into India every single year, Indo-Nepal border is also known as the world’s busiest human trafficking route. Recently on 6th August, Chandan Kumar Mandal writes in The Kathmandu Post ( The national daily) on the topic “Nearly 1.5 million Nepali at risk of human trafficking, report says” the static can easily explain the present condition of Nepalese women condition.

The more shocking reality is that Human trafficking is one of the biggest human security issues facing in Nepal. A significant portion of the 20,000 young girls working in Kathmandu’s entertainment industry are every day on the edge of being victimized by the trafficker and around the 3,00,000 Nepali women who work as housemaids in the Middle East is a new form of human trafficking adopted by the smuggler.

These victims are mostly from the rural parts of Nepal who have been trapped in the vicious circle of poverty and they are trapped by the smugglers with false promises of well-paid jobs in Kathmandu and overseas.

Nothing could be further from the truth. Denied their freedom, trafficked women are forced to work as sex workers and housemaids for little if any pay. Reports of physical, sexual and psychological abuse are common. 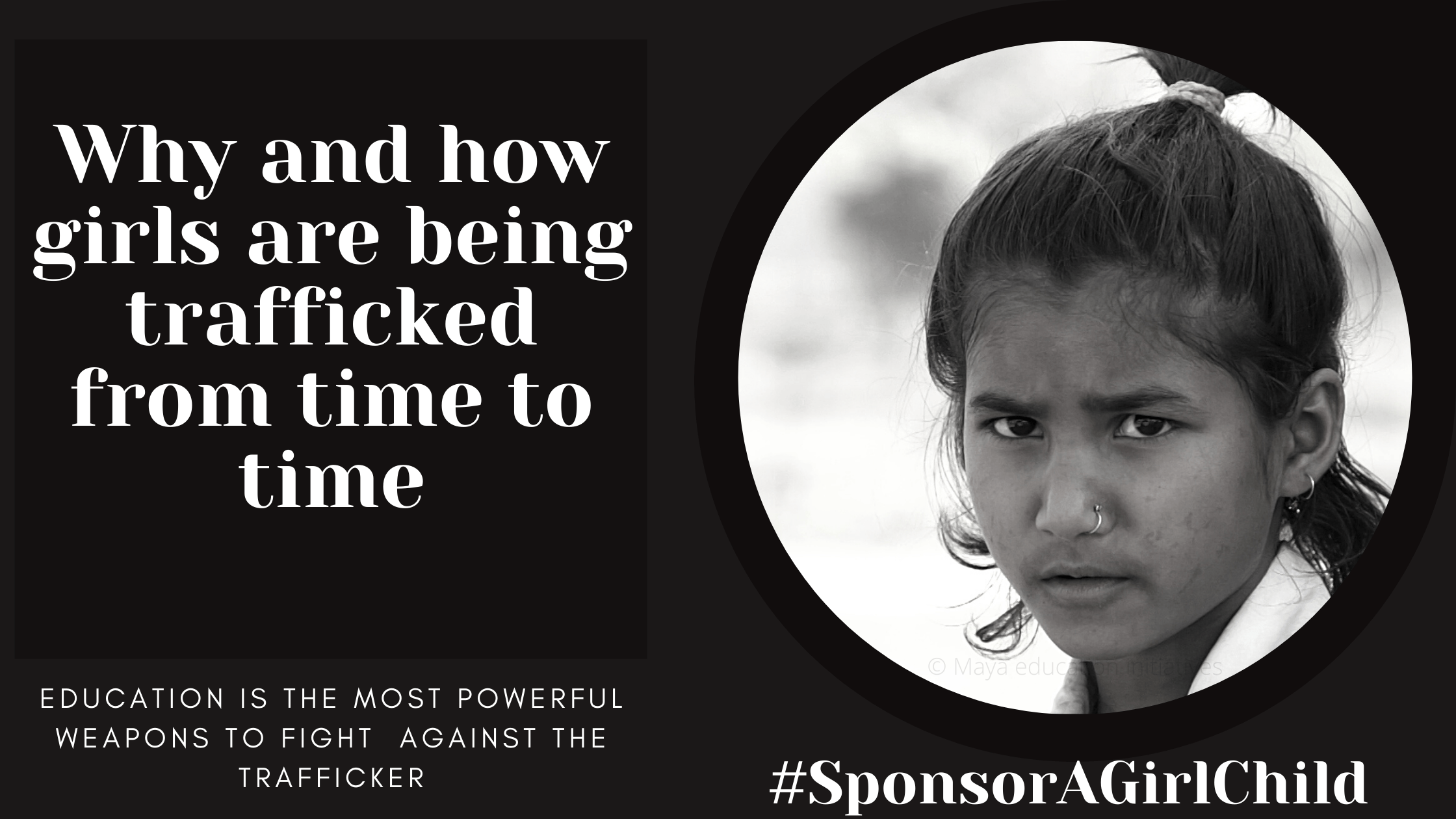 Worldwide girls are exploited, sold into sex trafficking, refused basic education, forced into child labour or expected to provide for their families at a young age.

You can change that. Through sponsorship, you have the opportunity to change the path for one little girl. Your love and support could change her life forever and can save her from being trafficked. More importantly, if a girl is educated then a mother is educated once the mother is educated the upcoming generation can be educated. Now! Is the time to take an action? Save a little girl now she will save her daughter as being mother and granddaughter as being grand-mother.

Asmita Tamang is a resident of Badarjhula village a remote village in Chitwan just next to Thori. Starts to tell her stories of how she was able to come back to Nepal by escaping her death in Kuwait. Before going on the level of her in Kuwait let’s get back to the history of her Village, “Badarjhula”.

Currently, there are around two thousand and five hundred people in Badarjhula. The village falls under the buffer zone of Chitwan National Park, for the first time ex-army of 300 households came here for the settlement in 1961 but they were removed by the national park army within two years. Again in 1992 homeless people from various parts of the country came here in a group of 250 households. In 2002 national park army again removed them from the settlement by setting fire to their house and they were forced to leave next to the river banks for more than 5 months again all the villagers came back to the village for the settlement. And, again in 2010, a fierce fire raged into the village from the nearby forest fire. Burn down the village into ashes within a few hours and this time fire was caused due to drought and globalisation. Till today villagers are conducting protest camps to have the right to ownership of the land on which they have been living for more than two decades.  So far Nepal Government has been a totalitarian government for the people of Bardarjhula and they are treated as second-class a citizen of Nepal. Who has lost the basic rights of human beings to live and even the constitution of Nepal is blindfolded for these communities.

All right, Asmita Tamang who is in her early twenties has grown up in this harsh environment of  Badarjhula. Even since she was born she had faced only the poverty and barbarism of government in her village. And, hardly she completed her studies till class eight from nearby Thori village. While she completed her class eight exam she ran away with the youth of the same village with the dreams of getting out of the vicious circle of poverty. They had dreamed of improving their living stander and they went to Ladak ( India) to work in the brick factory for some years also they had the hardship to manage their household and couldn't support the families of their husbands back in Badarjhula. Later, they were forced to come back to the village and in the same year in 2016, she gave birth to a child. From onwards she again came back to the well of poverty where she had got married to a man to rid of that situation. Life was going on but she was determined to leave poverty way back in her life and she was searching for better opportunities in life. In 2022, mid of February she found a way to get rid of poverty from her life. Within two weeks she had a new passport, new clothes for her and her child and cash of thirty thousand for household expenses till she sent her first earnings. And in a few days, she was in the flat of Kathmandu along with other 20 girls who were also after the golden dreams in the land of the Gulf. Every penny was paid by the agents ( human traffickers) for the expenses from beginning to end. Within a few days, she was in Kuwait in one of the House Maid agencies. Once she reached there then she realised that they were there on sale and whoever bit the highest on them can buy them and take them to their home for the household work. Until this time it was fine as they were there to earn a salary but the working environment inside the house of Kuwaitis was vastly different from what they had heard and thought of it. Slowly she started to beat as she didn’t know the local language and so couldn’t make all the things of the household as they expected. More than beating she was forced to be sexual abuse by the house owners and by their guests. Even though the tough situation she was adjusting and when the time came for the salary after a month she was paid only the which was around 30 thousand Nepali rupees. She was continuously complaining to her agency about her condition and this time when she got half salary she was furnished and she refused to work so she was taken back by her agency. And again she was in a showcase for sale in the agency and she was sold on the day she was kept in the sale as she was quite nice-looking and young. Again the same situation started to reassure this house also this time she was determined to leave Kuwait. And this time she plans to get help from the cab (Taxi) driver to get her to Nepali Embassy in Jabriya, Kuwait.  She had an option to run away from the house was only night when everyone is in asleep so she asked the taxi driver to come to a nearby house at 2 am, and he was convinced in return back for one night stay with him as the Nepali Embassy will open only in the morning 9:00 am. When she was able to enter inside the gate of the Nepali Embassy than she could get refuge in the embassy otherwise she will be caught by the local police or agency people then she will have to get back to the house owner’s house or she had to pay (5 lakhs) around 4500$ the amount paid by the owner while buying her. Luckily, she successfully crossed the gate and was able to get contact her relatives and friends. In a week was able to get help from one of her relatives for the ticket money to get back to Kathmandu. And now is 11:00 pm talking with us by taking a tea slurp and it has been only 12 hours since she landed in Nepal. Now we are still waiting for the night bus to Thori which was supposed to leave Kathmandu by 7:00 pm.

The new form of girls and women being trafficked in the Gulf is at a pick point and every day it’s rising these young girls and women don’t have an alternative as they are uneducated and everyone wants to get a good job and improve their life stander but on this hopes many are being a victim in the dreamland of Gulf.

Though many NGOs are actively working in rescuing the girls from being in the hands of smugglers and from the hands of them. It is reported about the girls claimed that they had given Rs 50,000 to Rs 200,000 to their agents to get them jobs in the Gulf countries. The claim is just made up by the girls as they were taken by the agents by making all the expenses from their passport to their shopping and they way also on the way either to Kuwait or Oman by making Dubai transit. In recent years also 39 girls were rescued from the Dehli flat of a smuggler, which is also a shelter used by the racked like as the flat in Kathmandu in which Asmita was kept.

The only way to rescue the girls is to give education if we can educate these girls and lift them from the vicious circle of poverty then they will never fall into the hands of human traffickers. As educated girls can have better job opportunities and they will have better information about what is going on through various forms of media.

Do you want to save the girls' lives, NOW is the time to act and make an impact!

Case study! This is why we need to save a girl child 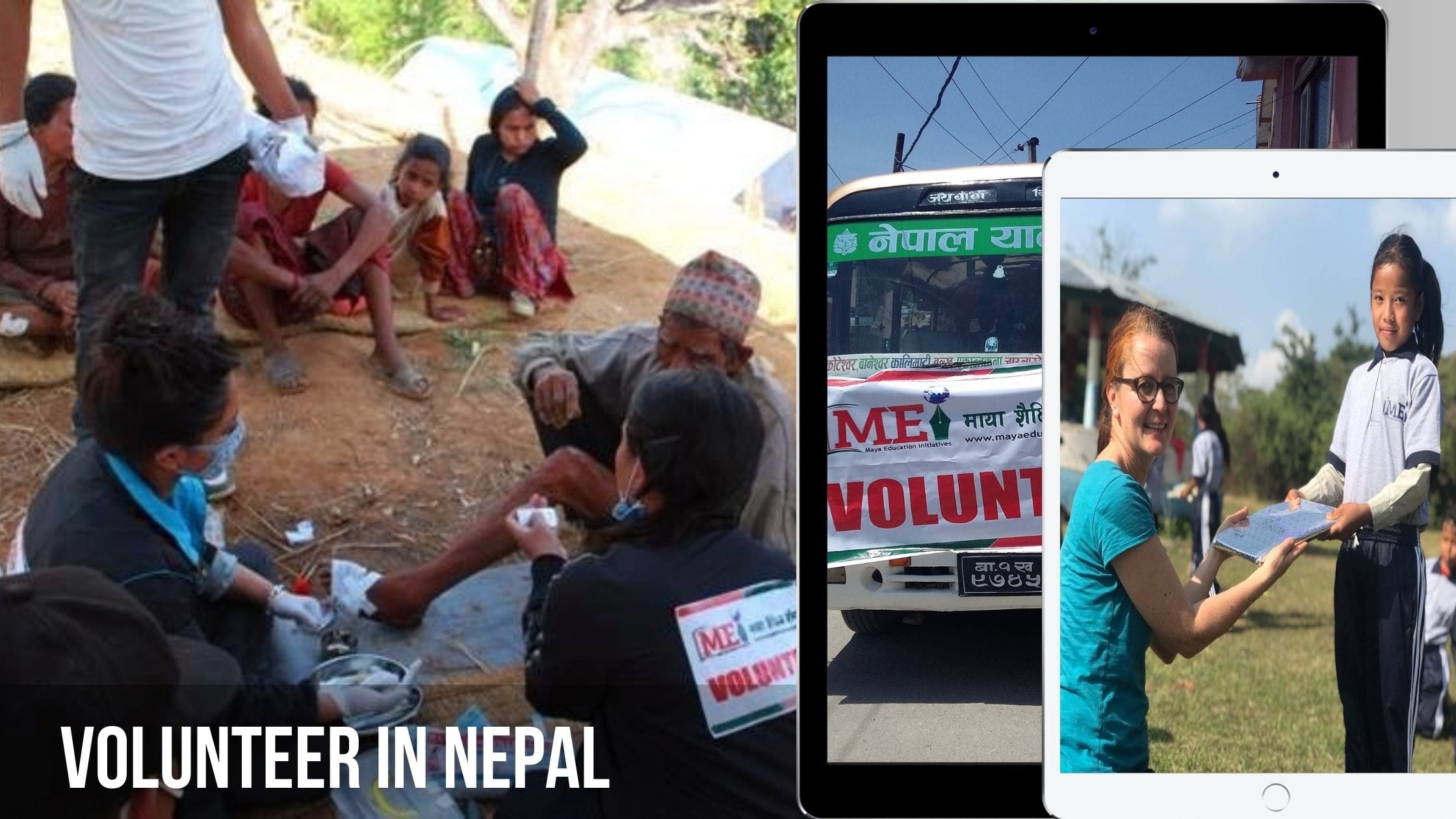 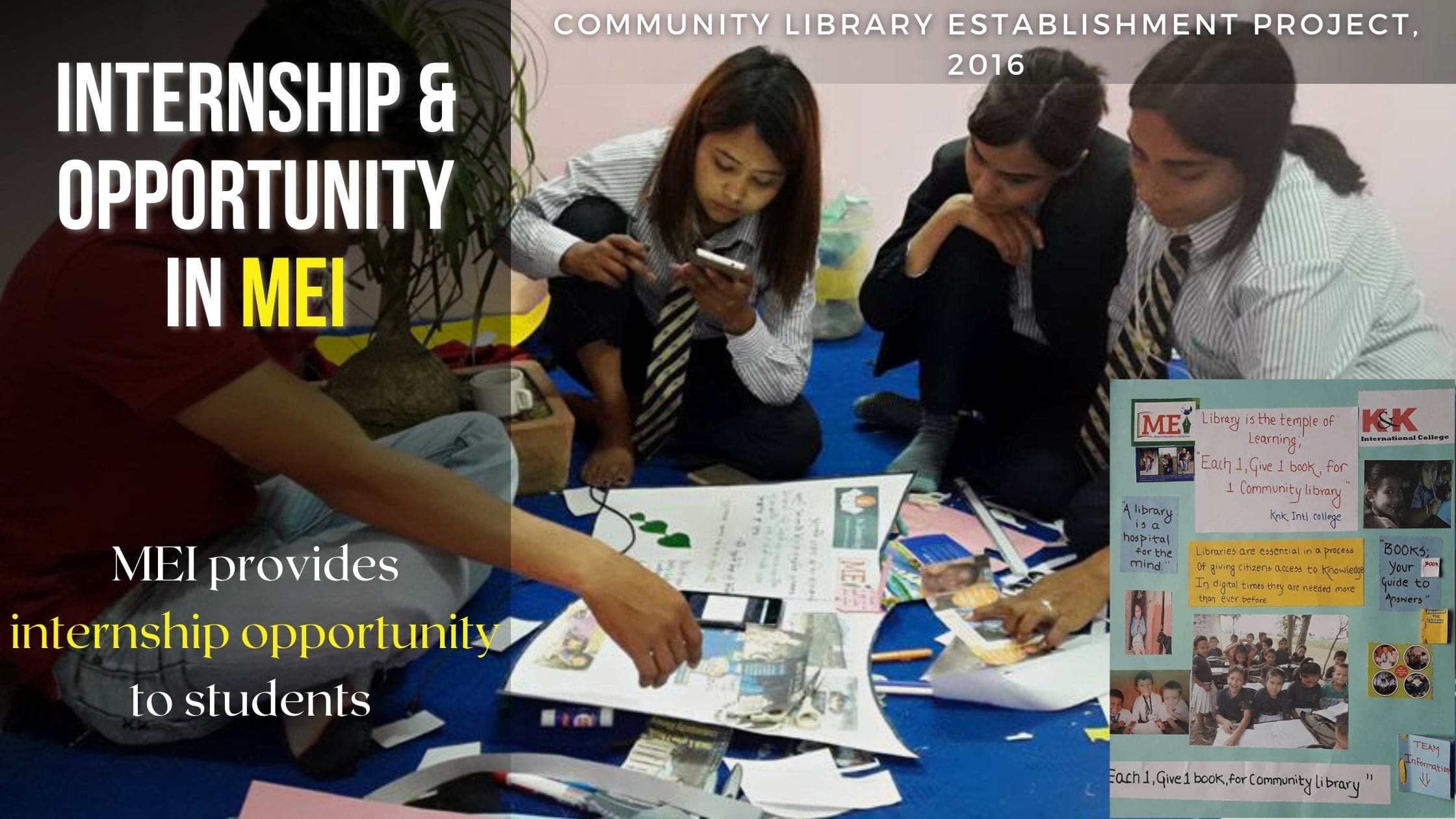 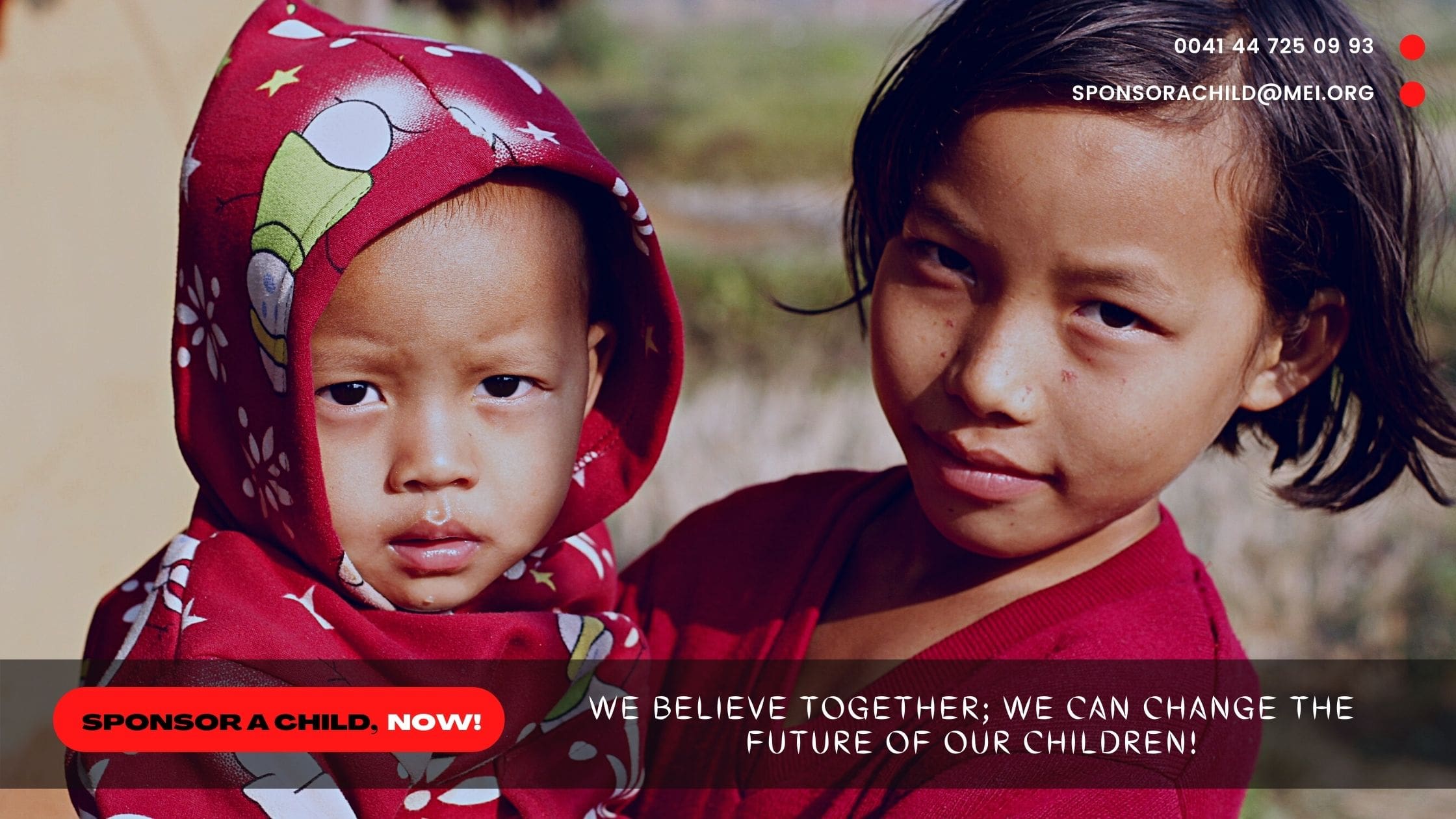 How much does it cost to sponsor a child?